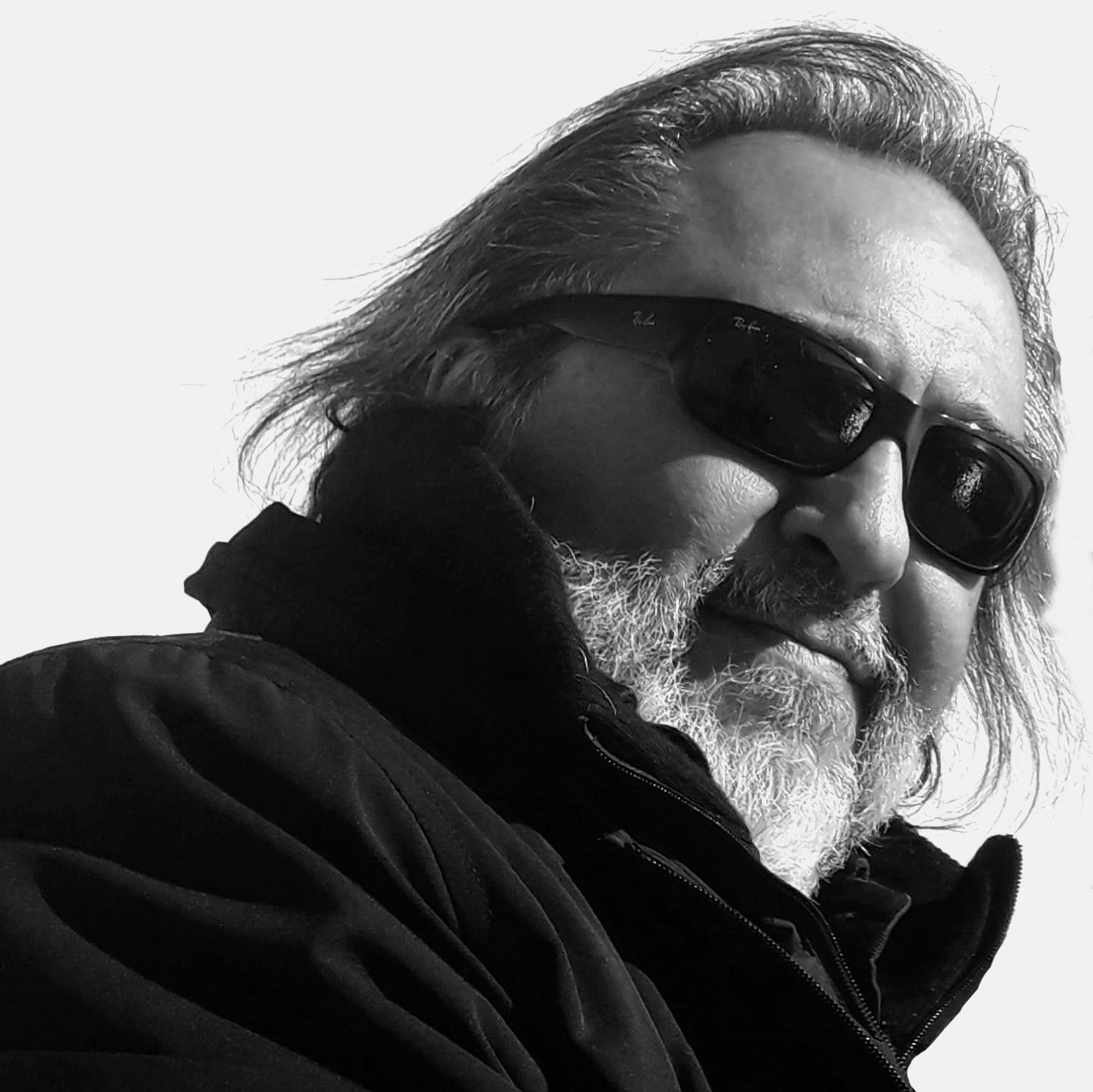 Fabio Masotti was born on June 13, 1957 in Rome, where he still lives and works, giving a great deal of credit to this city for his education in beauty.
After obtaining his degree from the Technical Institute for Surveyors, he continued his studies in the world of design while passionately cultivating his education in art. He then attended the European Institute of Design (EID) and graduated in 1979 in interior architecture.

A great passion for artistic movements of the twentieth century guided his training as an artist and designer, contributing to the emergence of a new and personal expressive language that also manifested itself in his work as an architect with the creation of many projects, both residential and public ones, and the creation of many design furniture strongly contaminated by his nature as artist.

His artistic research was initially inspired by surrealism to which he approached with a figurative painting of very personal traits. Towards the end of the eighties his work evolved into the search for a language in which the material and shape of the work began to take on new aesthetic strength and value, with a consequent and gradual disuse of the figurative language.

He began to exhibit his works in the second half of the seventies with numerous personal and combined exhibitions held both in Italy and abroad. But it was the personal exhibition of 1994 at the Romberg Gallery in Latina that marked the beginning of his new artistic path characterised by a personal search for the centrality of humans and of their spiritual nature, finding expression in the archaic shape of the “heart”, a pop icon with extraordinary media power, a pulsating machine of blood and soul, a possible creator and guardian of a new human being.
The shape of the heart, which we all recognize as his symbol, is the first contact we have with the artist’s work and is also the only grant to figurative art. The story is beyond; the image/icon of the artistic work is only its media container, a limit that asks to be overcome.